Welcome to Nairobi Railway Museum the only one of a kind in East and Central Africa. It prides itself as the only one. Started in 1971 by the East African Railways and Harbours but now it is operated by the Kenya Railways Corporation.

It is a must-go visit for every Kenyan and those visiting. It catalogues the growth of the Kenya Uganda Railways. Displaying all the Locomotives which were used back in the day, from hand push train, steam to diesel Locomotives.

The story of the construction of the famous railway from coastal Kenya, Mombasa to Kisumu at the shores of Lake Victoria. All this is found in the Nairobi Railway Museum including some of the claws of the Maneaters Lions and other visual engrossing artefacts.

This incredible and fascinating story of the Man-Eaters Lion is better told by one, John Henry Patterson on how he managed to kill these fierce and ferocious serial killer lions’ pair, widely known as Man-Eaters of Tsavo. Get the book on Amazon. or the Movie, The Ghost and the Darkness.

It is during this era railway started in Kenya in 1886- 1901 and it cost a whopping £3 Million then money according to Wikipedia.

Without much ado, let’s delve in and see what the Nairobi Railway Museum has for us.

It was dusty a while back but now it has tarmac and paved sidewalk. The welcoming graffiti after clearing with the security check at the gate is startling and perplexing, to say the least.

The fine art will keep you company as on your right side you can have a snippet of what you`re about to consume. The old locomotives, the distance from the gate to the office is a bit far but you will hardly notice since you will be in bewilderment stupor.

You will be welcomed by signboards reading Nairobi Railway Museum and daunting writings “No taking photos”. Worry not we shall look into that in a few.

I met an energetic and spirited lady who welcomed me. No doubt I was the first to arrive and probably the only that day since I choose an odd day and time.

Well, I decided to assassinate my Monday blues and melancholy by visiting the Museum. They had just opened (2021) since COVID struck in March 2020.

I paid my entrance fee, then she gave me a brief verbal tour and history and since she was alone.

I proffered to take the tour alone. The museum has 4 Rooms wealth of historic information and memorabilia.  Let’s look them step by step.

I think this was my favourite room, let us see why.

It had a vast range of display ranging from a track inspector bicycle, you can see the picture of it above. Wasn`t that just a black mamba type of a Bicycle?

Apart from the bike, there are photographs from back then late 1800 and early 1900s. Survey maps which they used and other engrossing Memorabilia from back then all related to the railway in Kenya.

It is unlikely to mention Kenya’s History and miss Queen Elizabeth II Afterall she was the head of State and was known as the queen of Kenya for a period of 1 year from 1963-1964 until when this was abolished in 1964 after Kenya adopted a new constitution in that same year.

So, there`s a set of Porcelain plates used onboard by Queen Elizabeth II when she first visited Kenya with her husband Prince Philip. Sofas on which she sat are in this first room.

Do you remember Man-Eaters Lion? Would you like to see those ferocious and vicious claws? Yes, walk-in Nairobi Rail Way Museum and you will be able to see and probably touch them. They are 3 and belonged to one of the haunted lions.

This room is rather small and brief, I would call it a communication room since there are pictures and those tangible communication tools like the phones, bells.

Signaling Lambs and torches. Ships steering wheel, back then life jackets which looked cool still in orange colour. There is also the early typewriting Machine and an old Manuel calculator which was used to be operated in the chief accountant office in 1926-1930.

Talk of the then water transport and ships affiliated with Kenya. This is the room for you. All the then models and a piece of detailed information about the German cruiser Konigsberg. Which was sunk during world war 1 by the British.

This is the fourth and final room of the museum before you can head on to the most anticipated vintage locomotive graveled and lawn greenish parking lot.

Well, in this room I did not stay for long since it only displays and talks about the modern rails which are accustomed by the Kenya government in collaboration with the Chinese.

The Nairobi – Naivasha Phase 2A features include super major long bridges like the ones in Nairobi National Park. (I have never come to terms with why they had to build the SGR across a National Park). A showcase of Tunnels and special subgrades.

The Locomotives at Nairobi Railway Museum.

There are two coaches who caught my attention, they are all placed just near the Gate.

Ever heard of the story for Superintendent Charles Henry George Ryall? Well, he was a police officer together with two others who were set to kill the Man-Eaters of the Tsavo the lions.

They got into their first-class coach of course armed to the core with riffle ready to finish this thing once and for all.

Upon arrival to a place known as Kima where the Tsavo eaters were known to be their territory. They corked up their riffles ready to bring these monsters down only for dark to creep in without sight of the dreaded lions.

Time lapsed by and they decided to sleep in turns and since Charles Henry George Ryall was determined to bring it down.

He decided he will be left manning as the two went to take a nap. Around 1:30 AM. He lost it and fell asleep!! Poor Ryall slept for about 30 Minutes and exactly at 2:00 Am. The Monster aka the Man eater Lion struck their coach while all of them were asleep.

Charles Henry George Ryall, had his rifle in the middle of his legs as he used it to support himself as he took nap. The lion got inside the coach, Guess who he finds first?

Our poor Ryall. That was the end of it. The rest were awoken by the lion growl maybe to imply victory. All they could see is Ryall being dragged inside the dark thick bushes.

His body was found the following morning a few meters from the coach. The body was badly mauled and was inferred in Nairobi.

Would you like to see the coach they were in? It is right there in Nairobi Railway Museum. A pale blue coach.

The 2nd Coach-Out of Africa Coach.

The other interesting coach is the one featured in one of my favourite Movies out of Africa. Set in Kenya in 1985 loosely based on true events of the book (Get the Book on Amazon) written by Karen Blixen under the name Isak Dinesen.

The name bore an opulence suburb in Kenya “Karen” and there`s a Museum behind her name as well. Karen Blixen Museum. Another Museum you should visit while in Nairobi.

So, the coach featured in that Movie (now on Netflix) is inside Nairobi Railway Museum.

There are other Many Steam and Diesel Engines which are on Display at Nairobi Railway Museum including the Hugh F. Marriott steam Engine.

I enjoyed getting in and outside different coaches, one thing I noticed is. Everything was of high quality from the durable royal blue leather seats to their design, especially their first-class coaches. It is a fascinating tour worth your time.

Where is Nairobi Railway Museum Located?

First off, I would advise you to walk from Nairobi CBD. It is quite a tour of about 1.7kms to the destination.

Take Moi Avenue down to Afya center, at the roundabout take Haile Selassie Avenue up to Kenya poly on your left take workshop road, straight you will see Station Road which will lead you to Nairobi Railway Museum.

The museum is open from 08:00 AM – 5:00 PM Seven Days a week. During holidays and National Functions. They are rarely closed waiting for your arrival.

I took this pic on the entrance door, here are the Charges. Please note it is cashless, Pay either through Mpesa or card.

Apart from the Entrance fee, this is another way they make revenue out of the museum.

The place is simply photogenic and instagramable but it comes at a fee. It depends on numbers, from individual to group (Birthdays shoot, Wedding shoot, etc.)

The lady at the reception told me, they are yet to receive official Photoshoot charges (2021) and that they will communicate on their official platforms once they do.

However, as we wait for the communication here is what they will charge you if you walked in.

At least now you have a rough idea, once they communicate, I will update their 2021 Charges. You can take a few selfies for free. 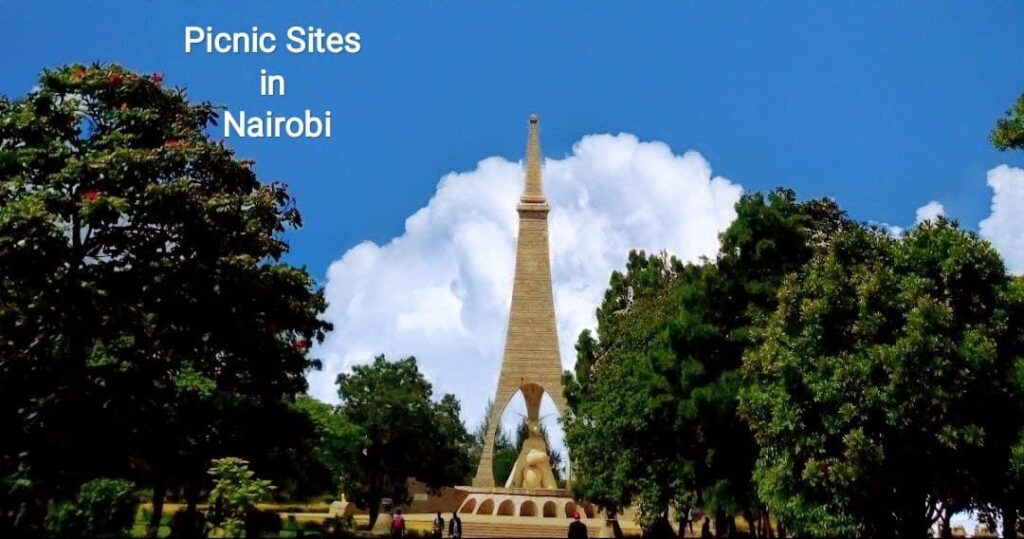